Well, here's the start of the Froudian Goblins - a base of Blades, Spears and Flier. 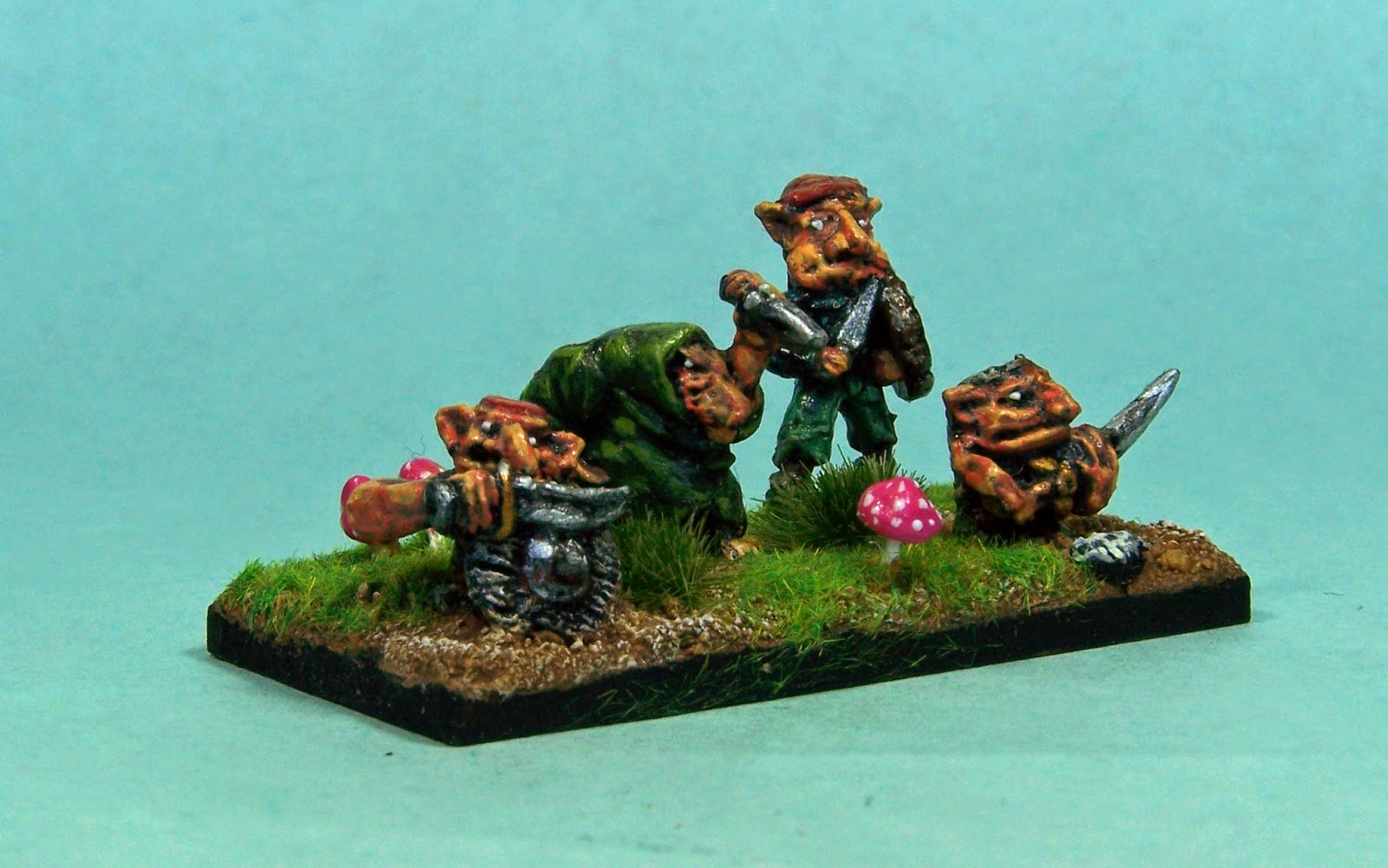 All the figures are Pendraken 10mm. The figures on each flank are Gnomes and are as they come. The figure with knife raised is actually a ratman. I've added a little chin under the snout to make it a little more humanoid. The taller figure at the back is actually a beggar with a head made of ProCreate. 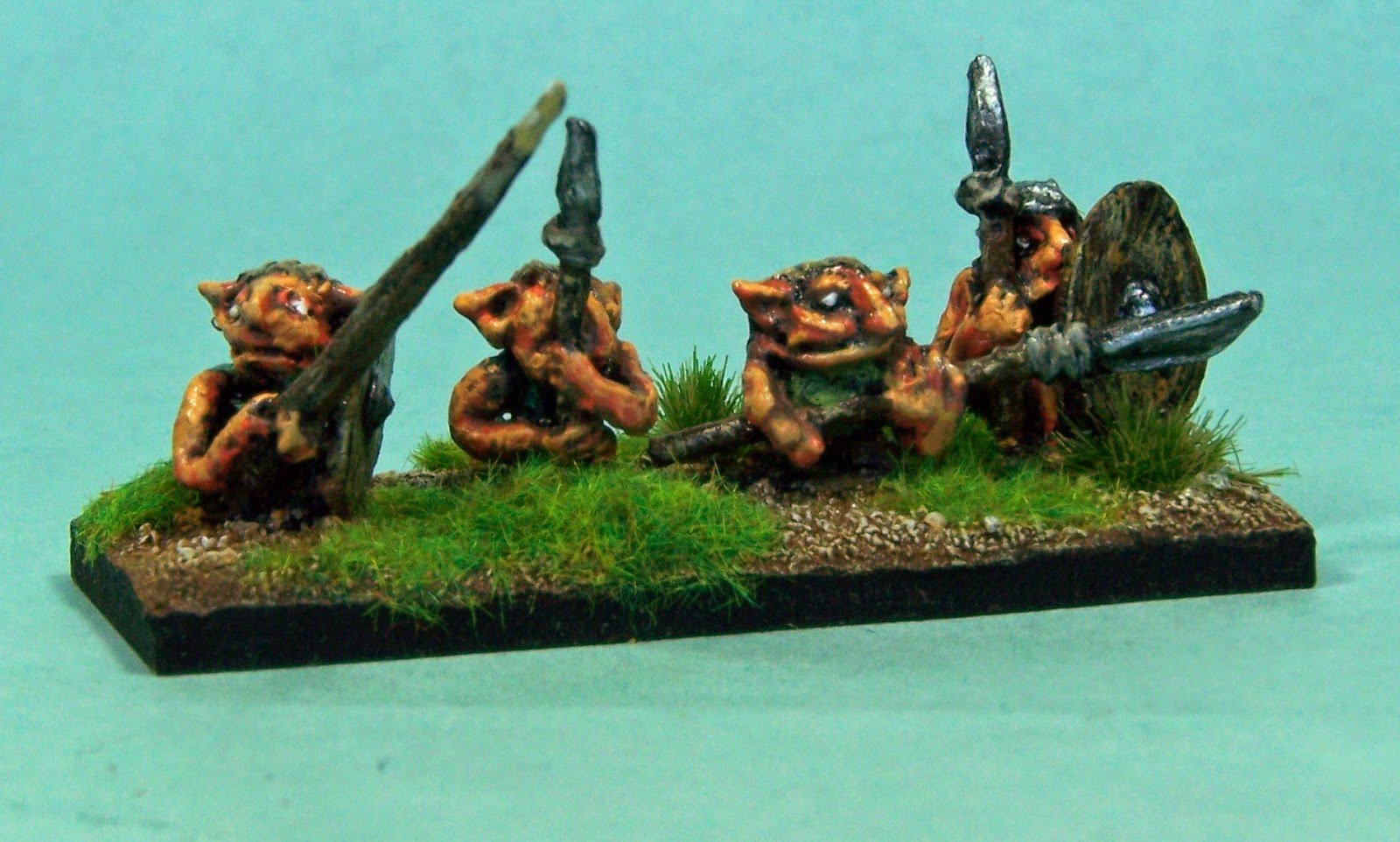 These are all Pendraken Gnomes but the figure second from the right has had his sword replaced with a spear. 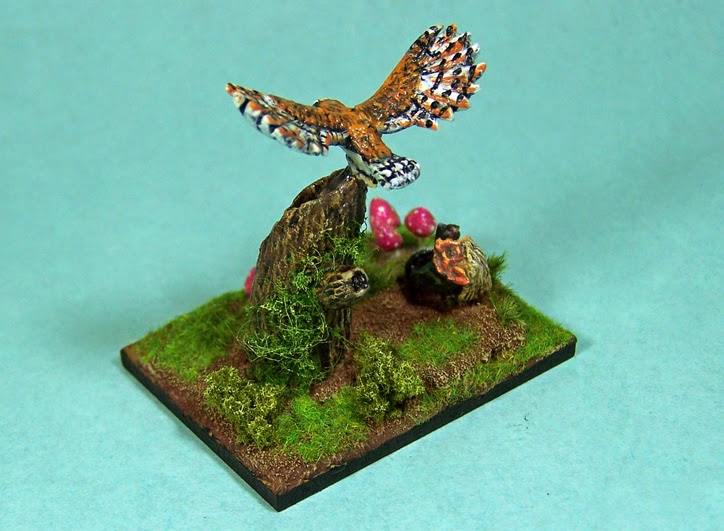 A Pendraken owl flies over a seriously converted Gnome. The figure started as the shieldless Gnome with spear (second from the left above). I've chopped off his left arm, head and spear. Then I've replaced his head with one copied from the Gnome with sword using Oyumaru and ProCreate and added left arm, a shield and axe.

I'm reasonably pleased with it. 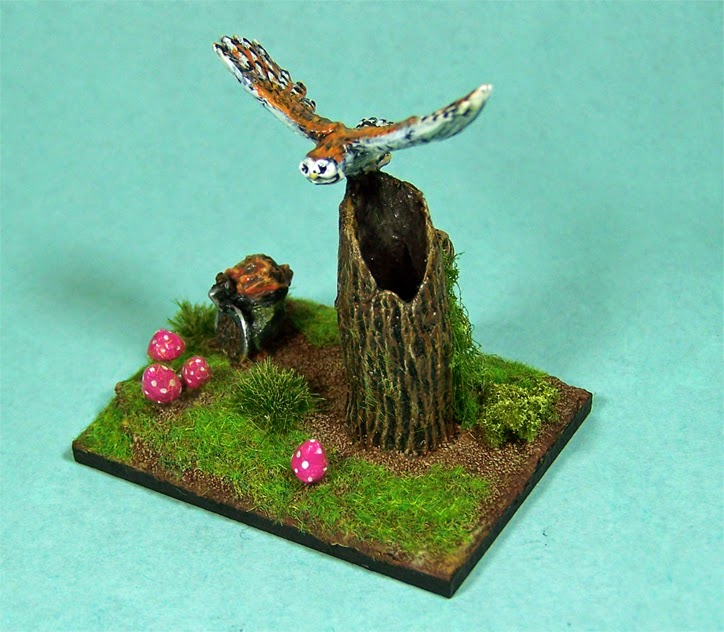 The bases are a little different from my norm - I have used 1mm static grass from WarWorld rather than the usual Javis longer stuff and a few 2mm Silflor tufts which I hadn't used before. They are really nice and simple to use so I can see future bases having a few of them. Obviously the toadstools are home-made.

I think that this army is going to take some time to complete because I want to try to create  figures of very different heights like Froud's Goblins and I also want some Froud-like trolls so there is going to be quite a bit of converting.

But it's a start. I've entered all three bases in the Pendraken Painting Competition but I will be amazed if I get anywhere - there are some really brilliant entries this year. 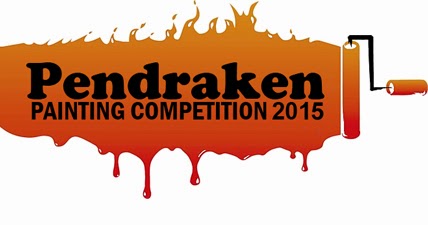